Oman began its journey into the world of art in the year 1975, with Stone Age cave drawings being discovered in the region around that time.In the southern part of Oman, graphics and writings were then discovered which were said to be dating back to the pre-Islamic period.

Although the paintings were told to be thousands of years old, it was not until the 1970s that artists in Oman started practicing art. During the country’s revolution, they took inspiration from what they saw around them and used it to express themselves.The rugged landscape, the dunes, the architecture and the environment were taken to be their guidelines as they poured their creativity onto the canvas.

A major challenge faced by artists were the lack of facilities available at the time to learn art. With no studios, art schools or associations, they were left on their own to find their way into learning.

As the years passed, the Youth Art Studio was established in 1980 allowing Omani youth to express their ideas and develop their talents. With the help of the government, the Art Education Department in the Sultan Qaboos University was established in 1991 and the year 1993 saw the opening chapter of the the Omani Society of Fine Arts to allow artists to hold workshops and exhibitions. 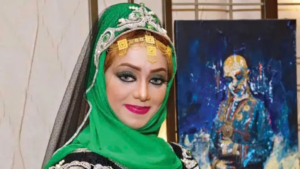 The 1980s and 1990s saw the rise of Omani women artists. They were supported by the government and pushed to venture out of their comfort zone and try their hand at different forms of art. Women started practicing art further and participated at a fine art exhibition in 1989.The opening of the OSFA gave them more experience and encouraged them to do more and currently, the women artists registered at the OSFA outweighs the number of men registered at the organization.

An additional step of organizing annual exhibitions exclusively for women, both residents and citizens encouraged them further and is one of the main reasons for the amount of registered women artists in the OSFA. 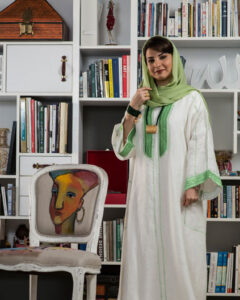 With many women leading the way, they have contributed massively to the art movement in Oman and around the world. Artist Alia Al Farsi has exhibited in over 20 countries over a period of 20 years with art installations varying in different sizes and has been voted amongst the top Arab women. Her interest in furnitures and sculptures have allowed her to create masterpieces that have been exhibited in various museums and hotels across the world.

Sanaa bint Naseeb Aman Al Haib, has been a member of OSFA, youth studio and scientific club since 1999.“My inspiration and passion for art are deeply rooted in my heritage. As I delved deeper into understanding art, I found love for things around me, especially the women around me and our homeland and the aesthetics of Arabic calligraphy,” she said.

The support from the Omani government has led women to follow their dreams in becoming accomplished artists by providing them with the required tools and education. In accordance with the fifth sustainable development goal, they have made the country proud by making use of the economic resources and building the nation further.

Located along the coastal regions in northeastern Oman is Sidab, a small fishing village well known for its rugged mountains and serene beaches.What makes this village stand out more is the Sidab Women’s Sewing Group, a project started by Badriyah Al Siyabi in the year 2004.

Born in Bahrain, Badriyah moved overseas with her family for higher education between the years 1950 and 1960. She competed her schooling in Muscat and returned to Bahrain to continue her own higher education. She was involved in a number of social and cultural activities in Sidab during her visits and went on to work with banks like Oman Housing Bank,Alliance Housing Bank , Ahli Bank, Bank Sohar and currently works with Omran, a tourism development company.

Apart from this, she has taken part in various training and developmental workshops to aid in community building, women’s empowerment and activities related to poverty alleviation. Her volunteering experience in the Omani Women’s Association and the Ministry of Social Development enabled her to provide support to women, equipping them with skills and knowledge to become independent and support the family income. On joining a community centre in the United States, she was thrilled to see the impact it had on society and began her own venture here in Sidab.

On distributing surveys to women of different age groups, tailoring was chosen to be a skill that could be used as a business opportunity among the women as it was practiced locally and didn’t need any specific training.She started the group with six women, along with the help of local and expatriate volunteers. On brainstorming ideas for the products, they decided on timeless pieces that tourists would treasure once they return back to their home countries. Calico bags with colored ‘wizar’ ( traditional Omani fabric) decorated with motifs like camels, date palms and forts were decided on. 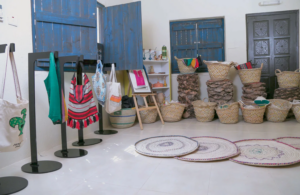 Different products were developed over the years including towels, vegetable bags, tissue cases, fragrance bags, handmade decorations and most recently, masks of different sizes and patterns have become popular among the people living in Oman. With ideas taken collectively from the group, different designs have been incorporated with the ‘kameez’ and ‘dish-dasha’ being added to the list of sort after designs.

With the added advantage of the bags being environmental friendly, these bags have been a favorite with people locally following the ban of plastic bags from January 2021. Available for purchase at a few international hotels, online on Markeetex and in-store in Sidab, their products are sold at a reasonable price with the profit divided equally among the women working in the group.The women earn around RO 150 monthly with up to RO 100 per week during peak tourist seasons. 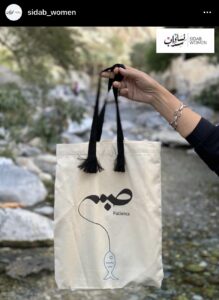 This opportunity has not only provided them a steady income and allowed them to be more productive, but has also given them more experience with the world beyond Sidab. Shell Oman’s training to make them more proficient in communication, accounting and computer skills have also benefited them and given them the confidence they were looking for.

Their unique designs have been showcased in an exhibition in the British Museum in London and have also gotten appreciation by Prince Willem-Alexander and Princess Maxima of The Netherlands during their visit to Oman.

With brands like TOMS shoes or the Grameen Bank in Bangladesh creating large scale social changes through social entrepreneurship, Oman is inching closer to achieving the Sustainable Development Goals thanks to Sidab Women’s Sewing Group which has touched the lives of the women using a similar strategy and empowered women to develop a craft worth preserving for future generations.

A Step Forward for Women in Oman

Omani women have been at the forefront in building up the nation of Oman for over the past 50 years of the blessed Renaissance .Their passion for seeing the nation grow and prosper in various fields has been vital in the development of the country.

As per the Basic Statute of State and the Sultanate joining the Convention on the Elimination of All Forms of Discrimination Against Women(CEDAW) in 2005, the country has gone to achieve international commendation for its progress towards achieving the sustainable development goals, in particular SDG 5-Gender Equality.

After the Civil Associations Law and the civil association formation system came into power, based on Royal Decree No.14/2000 and the Ministerial Decree No.150/2000, various civil society organizations came into being and the Omani Women’s Association was established in the early 1970’s. 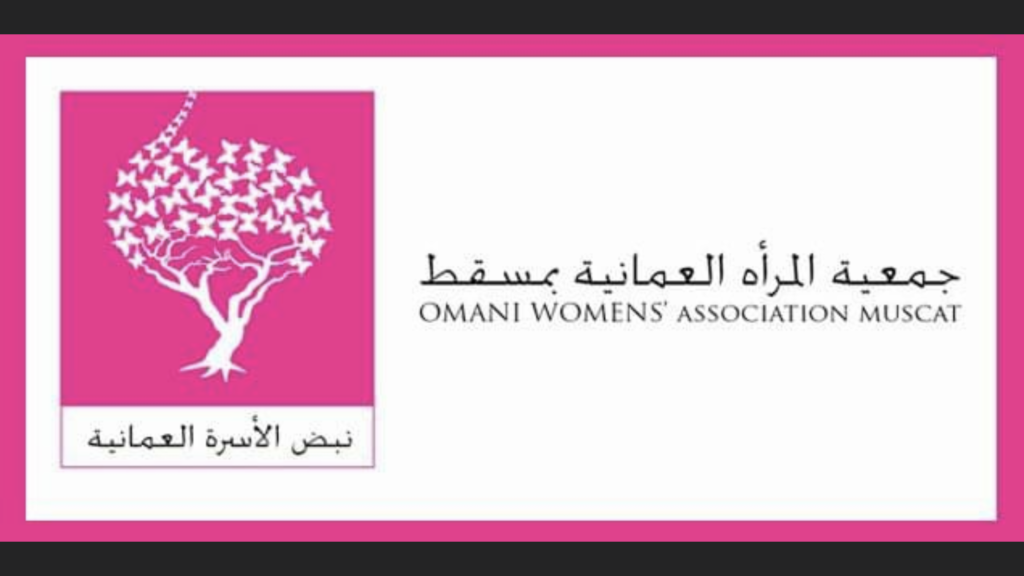 With headquarters located in the Wilayat of Bowshar, it was established as per Ministerial Decision No. 32/84 on 19/2/1972 as a social, cultural and voluntary organization to empower Omani women in various areas including gaining necessary life skills for personal development, providing job opportunities and exchanging ideas and opinions necessary for the betterment of their wellbeing. The organization also seeks to expand the work base of voluntary work across the 11 governates of Oman, to further enable more women to take advantage of the various opportunities available to them. Spread across the Sultanate, these 65 branches serve as training centers for women, as rural women development centers and promote women to take up government roles, raise awareness about elections and encourage them to set up businesses.

Their achievements in various fields of education, healthcare and economic development have only been strengthened since the designation of the Omani Women’s Day by the Late Sultan Qaboos Bin Said at the conclusion of a symposium held at Saih al Makarim on 17 October 2009.

Various success stories of Omani women leading the way and making strides in technology, medicine and sports have impacted the rest of their sisters in and around the world.

Women like Dr.Mona bint Mohammed al Habsi, worked as a team member of Japanese Prof. Tasuku Hugo whose research focused on combating cancer by motivating the immune system and who later went on to receive the Nobel Prize for Medicine in 2018. 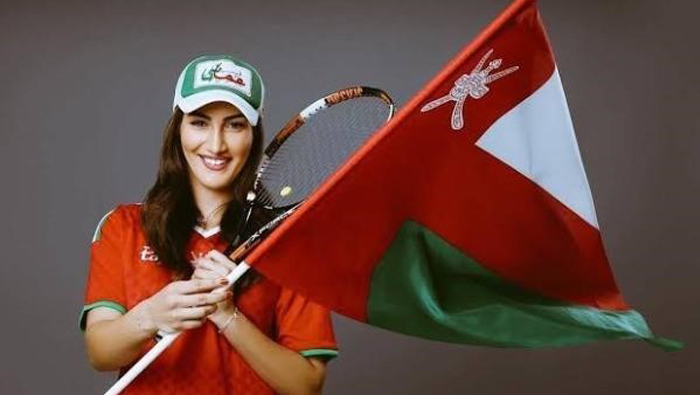 These Omani women along with the combined efforts of the country, have highlighted Oman once again as a nation progressing steadily towards sustainable development and one that values women’s participation towards Oman’s 2040 vision, in alignment with the UN Sustainable Development Goal 5 (Gender Equality).

This week, we are very proud to have SustainableOman's very first webinar series on the Global Goals for Sustainable Development.

In focus is SDG 5 - Gender Equality and we have Ms. Wafa Al Amria, Chairman of the Omani Women Association in Seeb as our guest speaker.

The webinar will be held in Arabic. 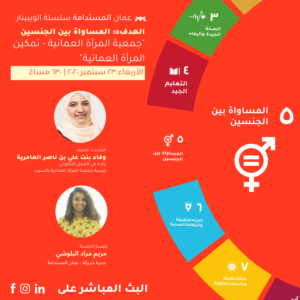 Related to this webinar, SustainableOman prepared an SDG5 wheel showing links to other SDGs and what Oman has organised towards achieving this goal. 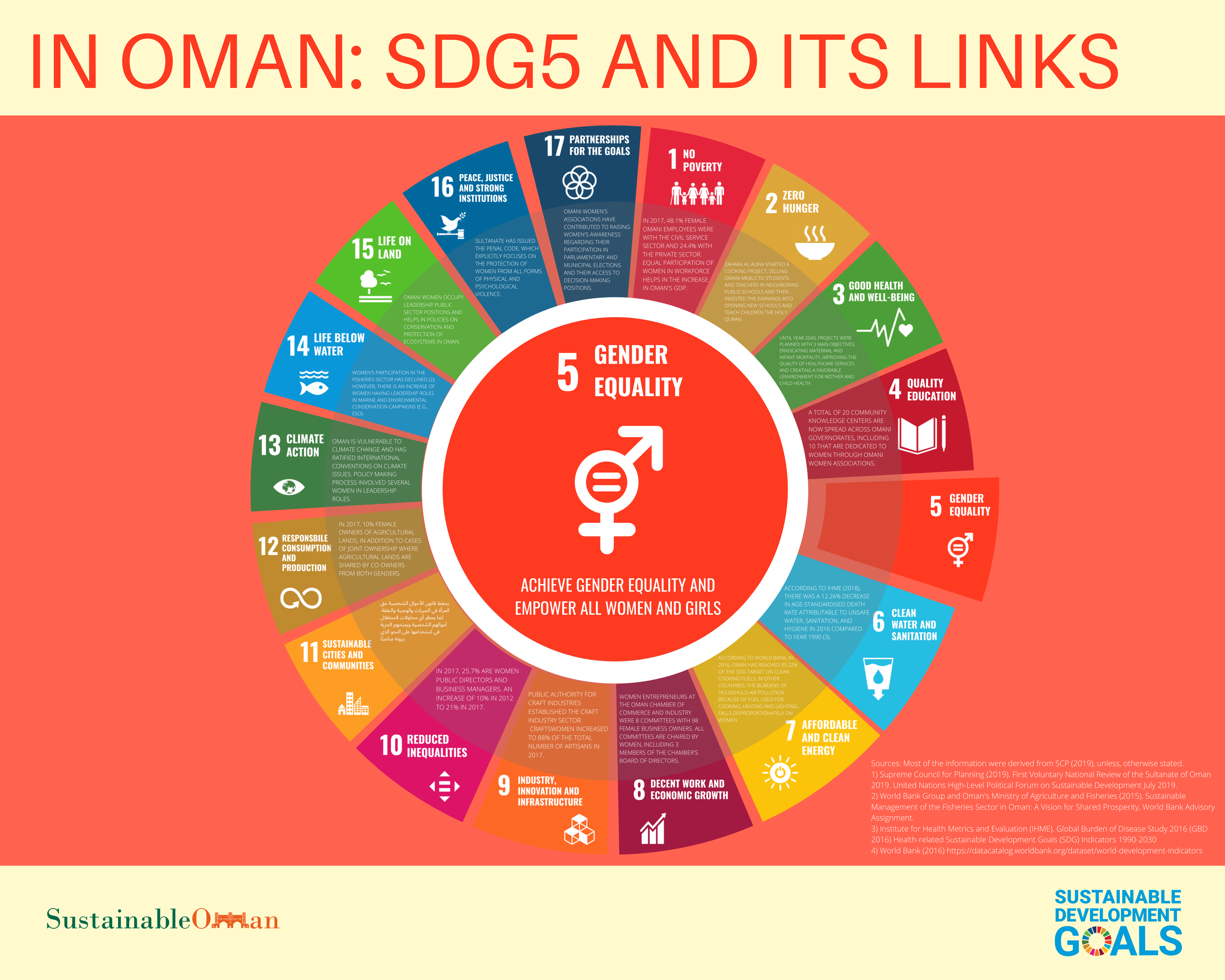